The story of the Gazelle Boy is unbelievable, strange and weird at the same time. To say, the Gazelle Boy is totally different and more fascinating among all the feral children in history because he survived so many years with the gazelle herd, eating only grasses and roots. 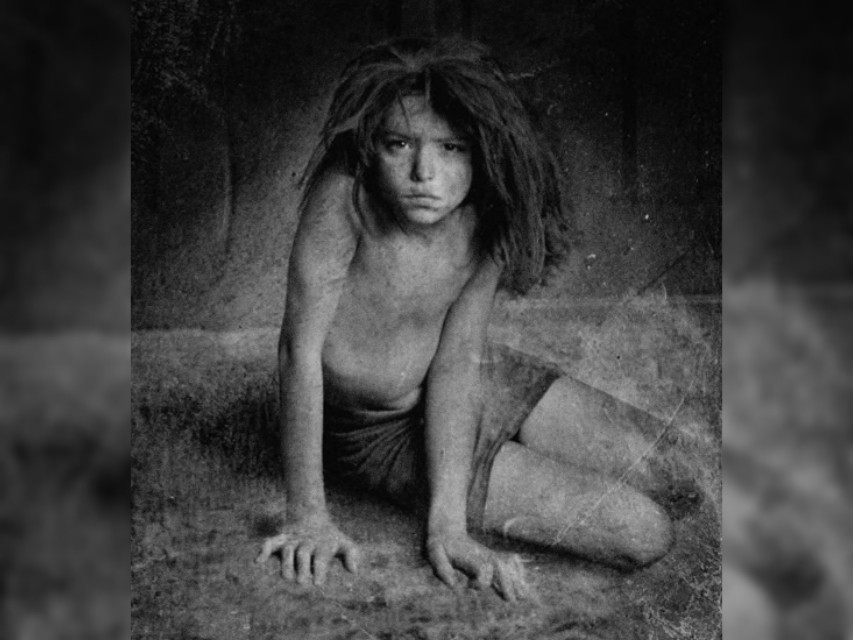 This mind-blowing story of the feral child “Gazelle Boy” shows that he lacked some basic human skills and forgot several things he learned at the beginning of his life because he was lost from human society at only 7 years of age. However, he still managed to stand on two legs from time to time.

Since Gazelle Boy was lost at a young age he didn’t show any civilized behaviours, but it was normal in his own culture where he was spending his wildlife eating grasses and running with the herd.

In reality, our mind just doesn’t want to believe our own eyes because some incidents are so strange and incredible that it changes the law of livings, and the Gazelle Boy’s story is perfectly one such example.

The Story Of The Gazelle Boy:

In the 1950s, when an anthropologist named Jean Claude Auger was travelling across the Spanish Sahara, one day he was totally amused hearing about a boy in the gazelle herd, eating grasses and behaving like a gazelle from Nemadi nomads, the small hunting tribe of eastern Mauritania.

Auger found himself fascinated by the story of the Gazelle Boy and was very excited to further investigate. The next day, he followed the nomads’ directions.

Auger discovered a small oasis of thorn bushes and date palms and waited for the herd. After three days of his patience, he finally saw that herd, but it took several more days of sitting and playing his galoubet (Berber flute) to earn the animals’ trust in him.

Apparently, the boy approached him, showing “his lively, dark, almond-shaped eyes and a pleasant, open expression… he appears to be about 10 years old; his ankles are disproportionately thick and obviously powerful, his muscles firm and shivering; a scar, where a piece of flesh must have been torn from the arm, and some deep gashes mingled with light scratches (thorn bushes or marks of old struggles?) form a strange tattoo.”

The Gazelle Boy walked on all fours, but occasionally assumed an upright gait, suggesting to Auger that when he was abandoned or lost he already had learned to stand. He habitually twitched his muscles, scalp, nose and ears, much like the rest of the herd, in response to the slightest noise. Even in deepest sleep, he seemed constantly alert, raising his head at unusual noises, however faint, and sniffing around him like the gazelles.

After witnessing the Gazelle Boy, Auger came back and continued his exploration across the northwestern province of the Sahara Desert.

Two years had passed after spotting the Gazelle Boy, Auger returned to the exact location―this time with a Spanish army captain and his aide-de-camp. They kept their distance to avoid frightening the herd off.

After waiting for a few days, they found again the Gazelle Boy who was grazing in an open field among the gazelle herd. And somehow they were able to capture him.

Curiosity eventually overcame them and they decided to chase the boy in a jeep to see how fast he could run. This frightened them off altogether. The Gazelle Boy incredibly reached a speed of 51-55 kmph, with continuous leaps of about 13ft. While an Olympic sprinter can reach only 44 kmph in short bursts.

After they attempted to catch him, the jeep sustained a puncture and was unable to continue to pursue him, therefore he was lost. Some say he ran off with the herd of gazelles.

In 1966, they had found him once again and launched an attempt to capture him once more from a net suspended below a helicopter but this plan failed in the end.

The Behaviours Of The Gazelle Boy:

When the Gazelle-boy was found he had no idea of how to speak like a human and how to walk in a crouched position.

He had long stringy dirty hair and a pointed face that was looking like an animal but one did not feel threatened by him.

It is said that Auger himself tried to teach him normal behaviours such as speech, eating with a knife and fork and how to permanently walk on his two legs all of these lessons were not successful and led to the men wondering how fast he could run, and he eventual escaped.

Another Story Of The Gazelle Boy:

There’s another story about the Gazelle Boy with different consequences which conveys:

Awild boy had been caught in the desert straddling Transjordan, Syria and Iraq. Amir Lawrence al Sha’alan, chief of the Ruweili tribe, was out hunting in this inhospitable region, whose only inhabitants were the staff at the British-run stations of the Iraq Petroleum Company.

Lawrence later brought him to the town and tried to feed and clothe him, but he kept escaping, so he took him to Dr. Musa Jalbout at one of the Petroleum Company stations, who later passed him into the care of four Baghdad doctors.

Dr. Jalbout said he acted, ate and cried like any gazelle, and had no doubt that he had lived all his life among the gazelles, being suckled by them and cropping the sparse desert herbage along with the herd. He was thought to be aged about 15.

Apparently speechless, the Gazelle Boy’s body was covered in fine hair and ate only grass ― although a week later he had his first meal of bread and meat. In this story, He could allegedly run at 80 kmph! He was 5ft 6in tall and was so thin that the bones could be counted easily beneath the flesh, yet stronger physically than a normal full-grown man.

It is said that the Gazelle Boy supported himself living in the “Souk” near Hamidiyee taking handouts and people would give him about 25 cents (equivalent) to run alongside a taxi. However, he had still long stringy dirty hair and clothes that were blackened with age and grime.

In the last, no one knows exactly what happened to him. Even there’s no legitimate photos or footages that can prove the existence of the Gazelle Boy, except the book of “Gazelle-Boy ― Beautiful, Astonishing and True ― A Wild Boy’s Life in the Sahara.” It’s written by Jean-Claude Armen, a kind of partially revealed pseudonym taken by Jean Claude Auger.

Though many believe the story of the Gazelle-boy is real, there are some who consider this story to be a hoax saying, the whole idea of a desert kid raised on gazelle milk and scrubby grass ― running at 80 kmph twice the Olympic record ― is actually impossible. It’s quite true that a human body isn’t built to acquire such superhuman ability.

However, if we put the Gazelle-Boy’s superfast running ability aside, the rest of the story can really happen. Because there are other such true stories of feral children who have been raised by the wolves and monkeys in the deepest parts of the forests. “The Wolf Child Dina Sanichar” and “The Wild Child Saturday Mthiyane” are prominently some of them. Nighthawks are caught flying at high speed towards Area 51