One of the positive things that confinement has brought us is that humans are paying more attention to the sky and nature around us. As our ancestors once studied the stars in order to create the world’s first calendars. The sky and the Earth atmosphere have fascinated man since the beginning of time. Throughout the ages, millions of people have experienced strange light phenomena in the sky, some of which are interesting and intriguing, while some remain completely unexplained. Here we will tell about a few such mysterious light phenomena that still need the proper explanations. 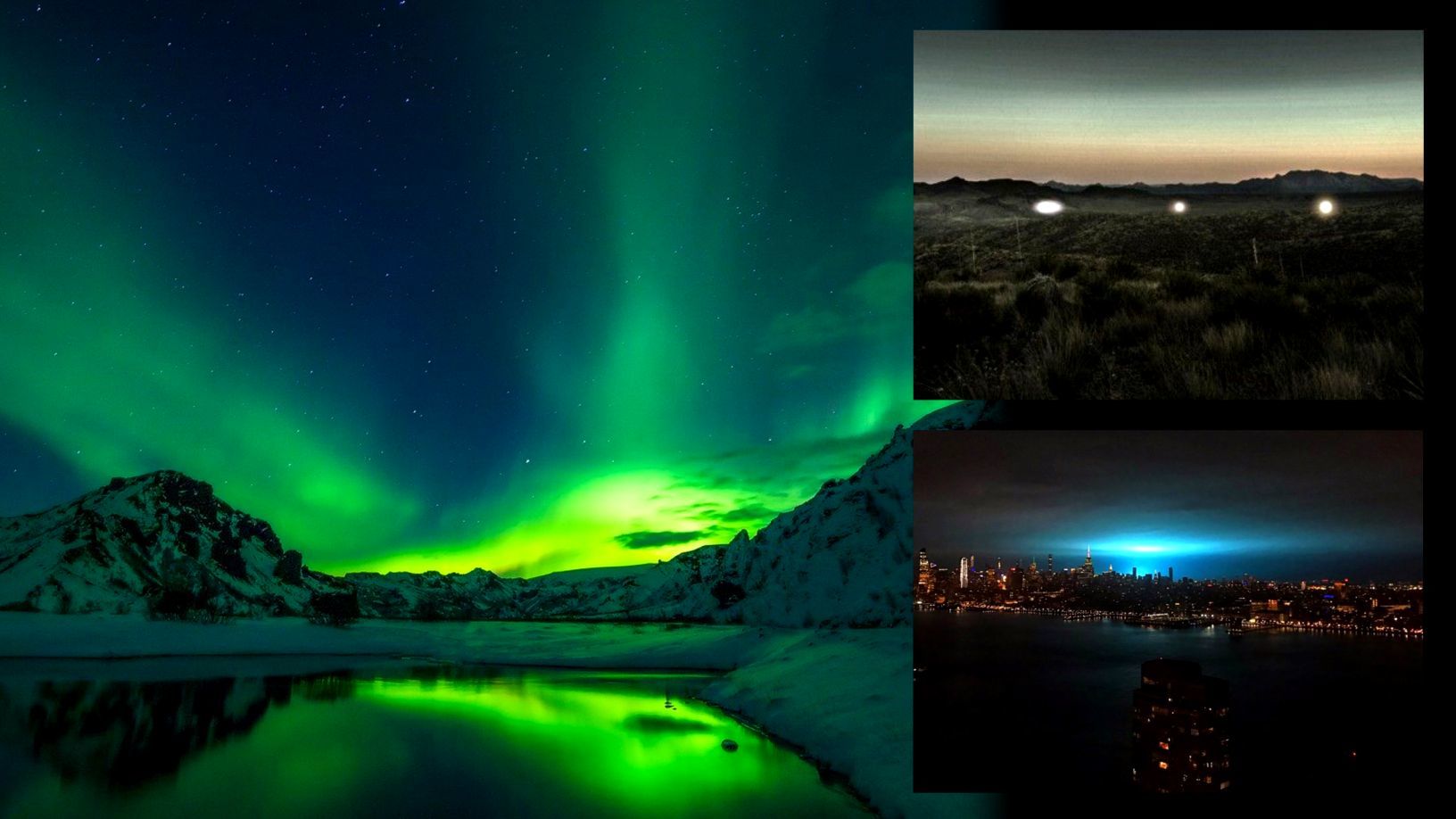 The Vela Incident, also known as the South Atlantic Flash, was an unidentified double flash of light detected by an American Vela Hotel satellite on 22 September 1979 near the Prince Edward Islands in the Indian Ocean.

The cause of the flash remains officially unknown, and some information about the event remains classified. While it has been suggested that the signal could have been caused by a meteoroid hitting the satellite, the previous 41 double flashes detected by the Vela satellites were caused by nuclear weapons tests. Today, most independent researchers believe that the 1979 flash was caused by a nuclear explosion perhaps an undeclared nuclear test carried out by South Africa and Israel.

The Marfa lights, also known as the Marfa ghost lights, have been observed near U.S. Route 67 on Mitchell Flat east of Marfa, Texas, in the United States. They have gained some fame as onlookers have attributed them to paranormal phenomena such as ghosts, UFOs, or will-o’-the-wisp ― a ghost light seen by travellers at night, especially over bogs, swamps or marshes. Scientific research suggests that most, if not all, are atmospheric reflections of automobile headlights and campfires.

The Hessdalen lights are unexplained lights observed in a 12-kilometre-long stretch of the Hessdalen valley in rural central Norway. These unusual lights have been reported in the region since at least the 1930s. Wanting to study the Hessdalen lights, professor Bjorn Hauge took the above photo with a 30-second exposure. He later claimed that the object seen in the sky was made from silicon, steel, titanium and scandium.

Naga Fireballs, sometimes also referred to as the Mekong Lights, or more commonly known as the “Ghost Lights” are the strange natural phenomena with unconfirmed sources seen on the Mekong River in Thailand and Laos. Glowing reddish balls are alleged to naturally rise from the water high into the air. The fireballs are most often reported around the night in late October. There are many who have attempted to scientifically explain the Naga fireballs but none of them has been able to put forth any strong conclusion.

5 | Flash In The Bermuda Triangle Of Space

Imagine drifting off to sleep when, still with your eyes closed, you’re suddenly startled by an intense flash of light. This is exactly what some astronauts have reported when passing through the South Atlantic Anomaly (SAA) ― a region of the Earth’s magnetic field also known as space’s Bermuda Triangle. Scientists believe it is linked to the Van Allen radiation belts ― two rings of charged particles trapped in our planet’s magnetic grasp.

Our magnetic field is not perfectly aligned to the rotation axis of the Earth, which means these Van Allen belts are tilted. This leads to an area 200km above the South Atlantic where these radiation belts come closest to the Earth’s surface. When the International Space Station passes through this area, computers can stop working, and astronauts experience cosmic flashes ― probably due to the radiation stimulating their retinas. Meanwhile, the Hubble space telescope is unable to take observations. Further study of the SAA will be crucial for the future of commercial space travel.

In 1908, a blazing fireball descended from the sky and devastated an area about half the size of Rhode Island in the wilderness of Tunguska, Siberia. It has been estimated that the explosion was equal to more than 2,000 Hiroshima-type atomic bombs. Although for many years scientists thought it was probably a meteor, the lack of evidence has led to numerous speculations ranging from UFOs to Tesla Coils, and to this day, no one knows for sure what caused the explosion or what was the explosion.

There’s a mysterious light hovering over Canada, Europe and other parts of the northern hemisphere; and this stunning celestial phenomenon is officially called “Steve”. Scientists aren’t sure what causes Steve, but it was discovered by amateur Aurora Borealis enthusiasts who named it after a scene in Over the Hedge, where the characters realize that if you don’t know what something is, calling it Steve makes it much less intimidating!

According to researchers at the University of Calgary in Canada and the University of California, Los Angeles, Steve is not an aurora at all, because it does not contain the telltale traces of charged particles blasting through Earth’s atmosphere that auroras do. Therefore, Steve is something entirely different, a mysterious, largely unexplained phenomenon. The researchers have dubbed it a “sky glow.”

There have been several notable lunar-related discoveries since man first walked on the Moon in 1969, but there is still one phenomenon that has been baffling researchers for decades. Mysterious, random flashes of light coming from the Moon’s surface.

Known as “transient lunar phenomena,” these mysterious, bizarre flashes of light can occur randomly, sometimes several times a week. Often times, they last for just a few minutes but have also been known to last for hours. There have been a number of explanations over the years, from meteors to moonquakes to UFOs, but none have ever been proven.

After learning about the strange and mysterious light phenomena, know about 14 Mysterious Sounds That Remain Unexplained.