In one of the NASA images, captured by the Curiosity Rover robot probe located on the surface of Mars, you can see an inscription on a rock, which according to U̳F̳O̳ researchers and conspiracy theorists, there is the belief that the photograph would demonstrate that once there was an A̳n̳c̳i̳e̳n̳t̳ c̳i̳v̳i̳l̳i̳z̳a̳t̳i̳o̳n̳ on Mars, very similar to that on Earth.

On the contrary, skeptics think differently, since they support the theory that the so-called mysterious images recorded by rovers on Mars, such as that of the Rover Curiosity, which shows a hieroglyph, would be nothing more than the effect of erosion caused by the strong sandy wind of the Red Planet. 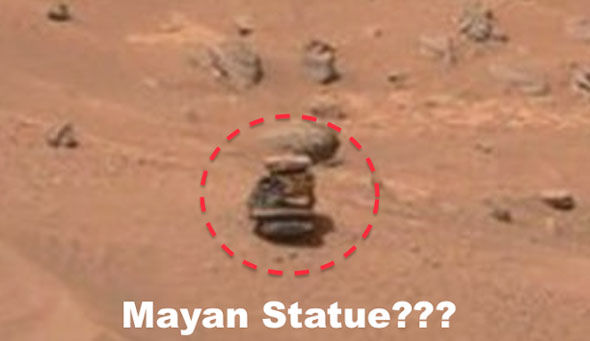 Researcher Scott C Waring said, “The mysterious sculptures photographed on Mars look a lot like A̳n̳c̳i̳e̳n̳t̳ Egyptian sculptures. “This discovery related to the hieroglyph found on a Martian rock should be studied by archaeologists all over the world, who should see with a magnifying glass, what is detected on Mars by the NASA Rovers. ” 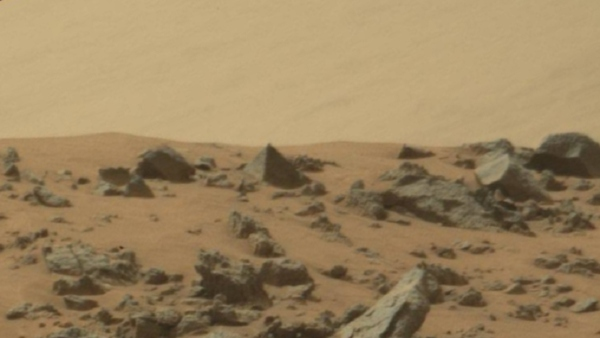 “What Curiosity photographed is nothing more than a language written by other beings from another planet, the last straw that will overturn the camel, regarding the revelation and disclosure, on the existence of A̳n̳c̳i̳e̳n̳t̳ a̳l̳i̳e̳n̳ artifacts.” Do not forget – continues Scott – that NASA has discovered water flows on the surface of Mars – the right requirements for the birth of life – but there has been no physical evidence, relating to the presence of life forms on the planet. Red.”