In 1958 radio broadcasting executive Robert Monroe suffered a series of bizarre events. At the age of 43, he began feeling a strong vibration deep within his chest. Suddenly the sensation grew so intense that he was forced to lay down. Once reclined, the typically rational businessman found himself hovering outside of his body. He immediately panicked thinking he had died but the crippling fear abruptly returned him to his physical form.

Similar episodes soon followed in which he weightlessly floated around the room. A concerned Monroe visited several doctors and psychologists yet each medical professional determined he was perfectly healthy.
Relieved by their positive diagnoses, the telecommunication executive decided to hone his newly acquired skill. Before long he left his comfortable corporate career and dedicated his life to the exploration of consciousness. 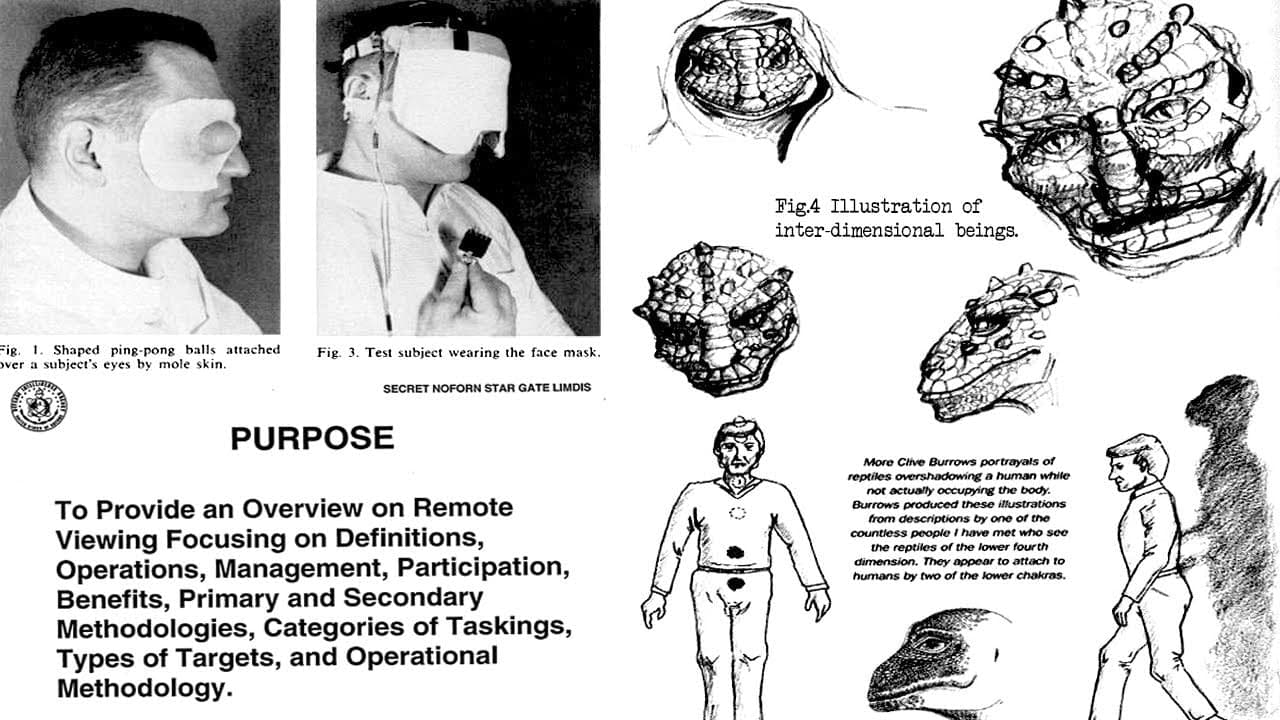 Hemispheric Synchronization
For the next three decades, Robert intently studied out-of-body experiences. His primary goal was to gather scientific evidence proving the existence of alternate realities.
In hopes of making cosmic travel more easily attainable, he developed a technology called Hemispheric Synchronization. Also known as Hemi-Sync, this system utilizes audio patterns containing binaural beats to create harmonization of the brain’s left and right hemispheres.
Independent clinical neurologists conducted extensive testing on participants engaging in the experimental technique. To their shock, the results were clearly visible on every EEG scan conducted. Both sides of the brain simultaneously measured equal in both amplitude and frequency. Monroe’s work was pioneering the path to tangible altered states.

​Portals To Other Dimensions
Closely monitoring the astral explorer’s groundbreaking findings was the US government. One day in 1978 representatives from the Central Intelligence Agency contacted Monroe.
High-ranking officials invited him to join a highly classified military project. They wanted to implement his mind-expanding practice in attempts of sending soldiers into deep remote viewing sessions. Should subordinates succeed, America would have a huge advantage over Soviet enemies. Troops could be catapulted into past, present, and future timelines or even the multiverse.
Given Robert’s extensive background and various patented applications, he was the perfect choice for this trailblazing operation. Hoping to obtain further credibility in the study of paranormal phenomena, Robert agreed to join them.
Since those involved were opening portals to other dimensions, researchers aptly named the assignment Gateway Process. According to declassified files, the program is “a training system designed to bring enhanced strength, focus and coherence to the amplitude and frequency of brainwave output between the left and right hemispheres so as to alter consciousness, moving it outside the physical sphere so as to ultimately escape even the restrictions of time and space. The participant then gains access to the various levels of intuitive knowledge the universe offers.”
Discoveries listed in Commander Wayne M. McDonnell’s final analysis paper included detailed information about the nature of reality. Investigators ascertained we live in a holographic universe and waking life is a projected electromagnetic matrix.

​R̳e̳p̳t̳i̳l̳i̳a̳n̳s Emerge
To enter the unearthly realms, headphone-donning voyagers sat in isolated darkness while listening to various tones at specific hertz. Participants had no contact or communication with one another. After their journey was finished, volunteers would report what they experienced with staff members.
According to Robert, subjects would often encounter interdimensional entities. Most frequently witnessed were reptilian humanoids. Viewers referred to the uncanny creatures as ‘the alligators’ due to their crocodilian features. Curiously, Monroe was already quite familiar with the unsettling breed. During countless expeditions, he observed identical saurian creatures. For over thirty-five years the etheric investigator gathered insight about these startling beings.
Here is what he uncovered:

Robert Monroe pursued transcendental endeavors until he passed away in 1995. His beliefs never changed and he frequently warned of the sinister spiritual vampires. Gateway’s revolutionary experiments continued throughout the 1980s.
Hundreds of celestial trips had been successfully completed and logged by internal personnel. Select documents pertaining to the otherworldly ventures were not unveiled until 2003. There was very little public attention following the report’s initial release. Some whistleblowers claim the secretive federal project never ended.
More than forty years have passed since the program’s inception. With modern technological advancements, it’s likely the method has evolved in ways far beyond our comprehension. Precisely what else insiders ultimately uncovered remains one of the greatest mysteries of our time.
Watch also: