Bounded by Miami, Bermuda and Puerto Rico, the Bermuda Triangle or also known as the Devil’s Triangle is an intriguingly weird region of the Northern Atlantic Ocean, that is circumstanced with thousands of strange phenomena including the mysterious deaths and the unexplained disappearances, making it one of the most fearful, enigmatic places in this world.

Numerous unexplained phenomena have surrounded the tragic events occurred within the Bermuda Triangle. In this article, we have briefly cited all these mysterious incidents chronologically.

The Bermuda Triangle has puzzled the humankind from several centuries back since the Columbus era. On the night of October 11, 1492, Christopher Columbus and the crew of the Santa Maria asserted to have witnessed an unexplained light with the unusual compass reading, just days before the landing at Guanahani. 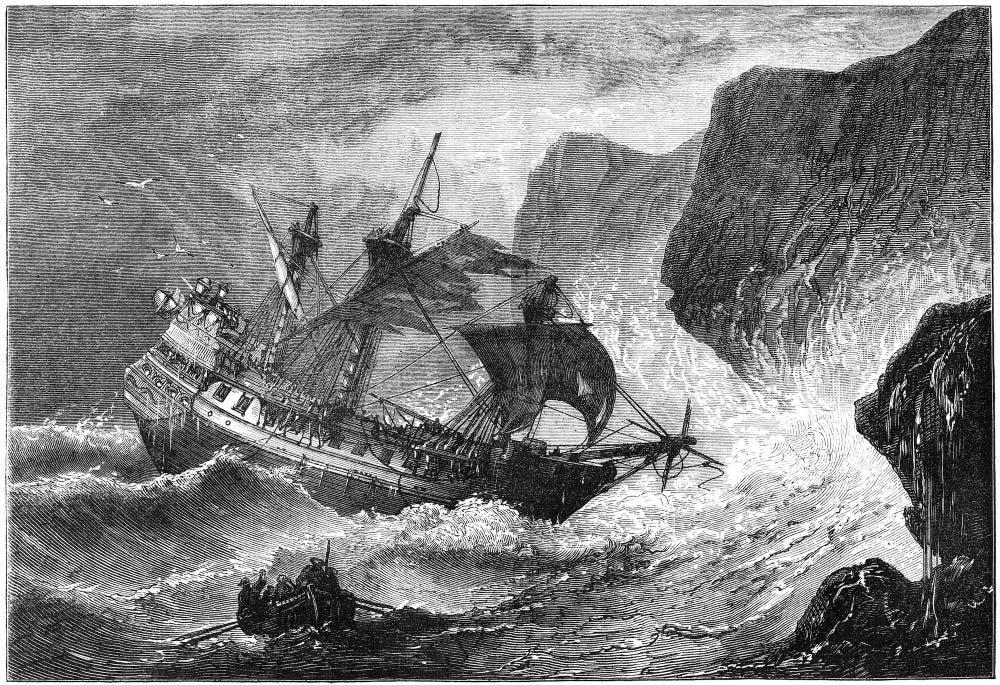 August 1800:
In 1800 the ship USS Pickering – on a course from Guadeloupe to Delaware – was gulped in a gale and lost with 90 people on board to never return again.

December 1812:
On December 30, 1812, in the way from Charleston to New York City, the patriot ship Aaron Burr along with her daughter Theodosia Burr Alston met with the same fate as the USS Pickering had met with before. 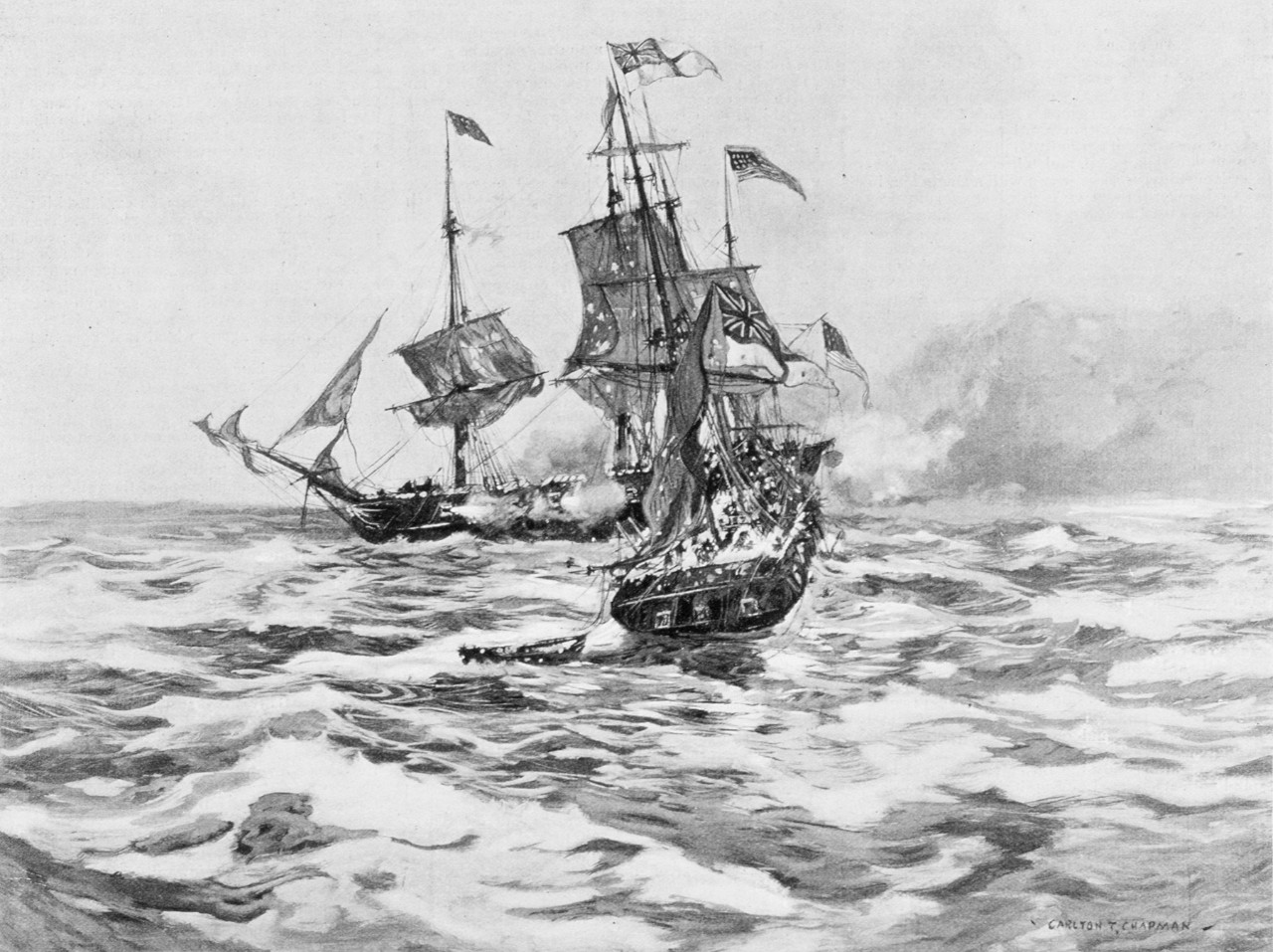 Early 1880:
A legend tells that in 1880, a sailing ship named Ellen Austin found another abandoned vessel somewhere in the Bermuda Triangle during her London to New York trip. The captain of the ship placed one of his crew members to sail the vessel to port then the story goes in two directions of what happened to the vessel are: the vessel was either lost in a storm or was found again without a crew. However, Lawrence David Kusche, the author of “The Bermuda Triangle Mystery-Solved” claimed to have not found any mention in 1880 or 1881 newspapers of this alleged incident.

March 1918:
The most famous lost ship story of the Bermuda Triangle took place in March 1918, when the USS Cyclops, a collier (Collier is a bulk cargo ship designed to carry coal) of the U.S. Navy, was on its way from Bahia to Baltimore but never arrived. Neither a distress signal nor any wreckage from the ship was ever noticed. The vessel just disappeared along with its 306 crew and passengers on board without leaving any clue. This tragic incident remains the single largest loss of life in U.S. Naval history not directly involving combat. 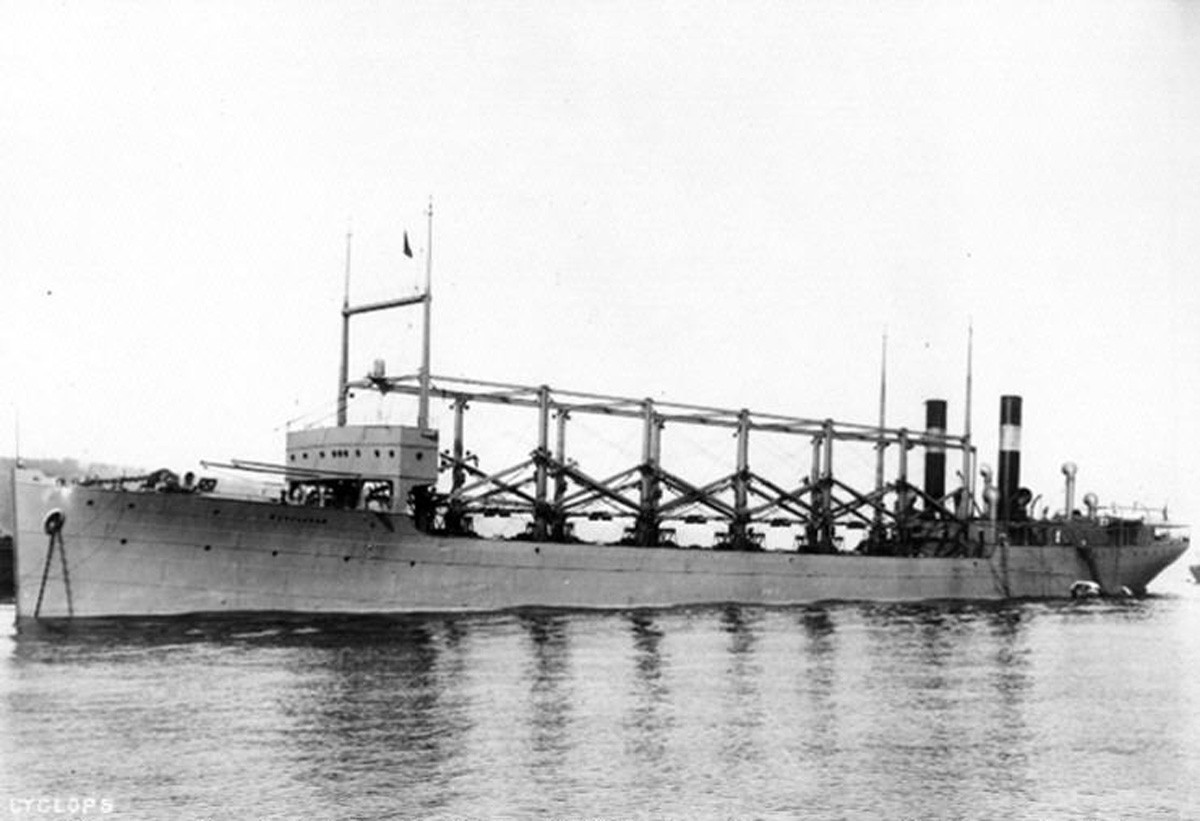 January 1921:
On January 31, 1921, the Carroll A. Deering, a five-masted schooner that was sighted run aground off Cape Hatteras, North Carolina that has long been notorious as a common site of shipwrecks of the Bermuda Triangle. The ship’s log and navigation equipment, as well as the crew’s personal effects and the ship’s two lifeboats, were all gone. In the vessel’s galley, it appeared that certain foodstuffs were being prepared for the next day’s meal at the time of the abandonment. There is still no official explanation for the disappearance of the crew of the Carroll A. Deering.

December 1925:
On December 1, 1925, a tramp steamer named SS Cotopaxi vanished while en route from Charleston to Havana with a cargo of coal and a crew of 32 onboard. It has been reported that Cotopaxi radioed a distress call, reporting that the ship was listing and taking on water during a tropical storm. The ship was officially listed as overdue on December 31, 1925, but the shipwreck has never been found. 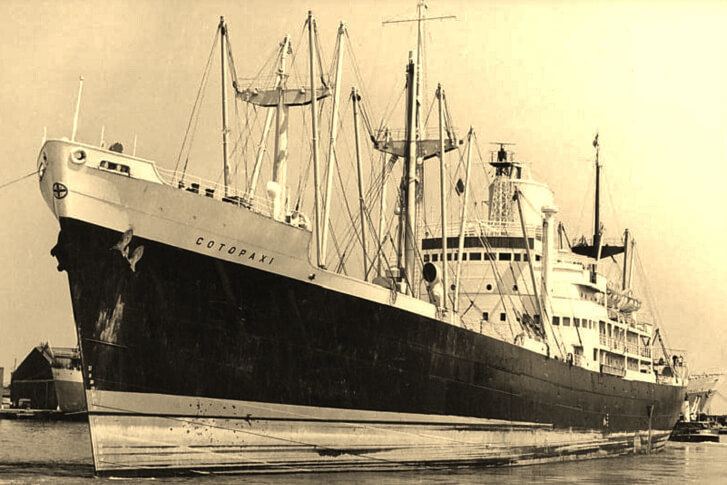 November 1941:
On November 23, 1941, the collier ship Uss Proteus (AC-9) was lost with all 58 persons on board in heavy seas, having departed St. Thomas in the Virgin Islands with a cargo of bauxite. The following month, her sister ship USS Nereus (AC-10) was also lost with all 61 persons on board, having similarly departed St. Thomas with a cargo of bauxite, on December 10, and coincidentally they both were the sister ships of USS Cyclops!

July 1945:
On July 10, 1945, the inexplicable missing report of an aircraft within the limits of the Bermuda Triangle was issued for the first time. Thomas Arthur Garner, AMM3, USN, along with eleven other crew members, was lost at sea in a US Navy PBM3S patrol seaplane. They left the Naval Air Station, Banana River, Florida, at 7:07 p.m. on 9th July for a radar training flight to Great Exuma, Bahamas. Their last radio position report was sent at 1:16 a.m., July 10, 1945, near Providence Island, after which they were never heard from again. An extensive search through the ocean and air was conducted by the U.S. authorities but they found nothing. 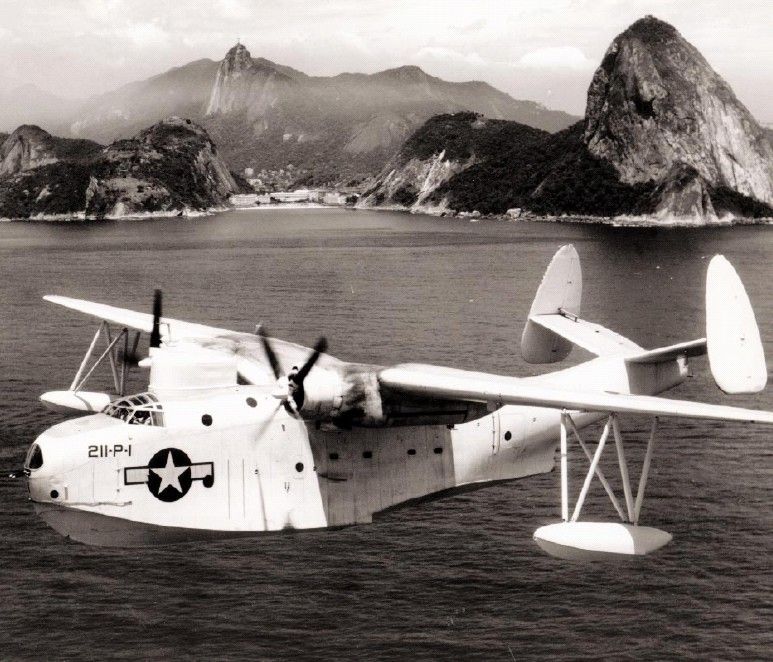 December 1945:
On December 5, 1945, the Flight 19 – the five TBF Avengers – was lost with 14 airmen, and before losing radio contact off the coast of southern Florida, Flight 19’s flight leader was reportedly heard saying: “Everything looks strange, even the ocean,” and “We are entering white water, nothing seems right.” To make things even stranger, PBM Mariner BuNo 59225 had also lost with 13 airmen on the same day while searching for Flight 19, and they have never been found again.

July 1947:
According to another Bermuda Triangle Legend, on July 3, 1947, a B-29 Superfortress was lost off Bermuda. Whereas, Lawrence Kunsche confessed that he had investigated and found no reference to any such B-29 loss.

January & December 1948:
On January 30, 1948, the aircraft Avro Tudor G-AHNP Star Tiger lost with its six crew and 25 passengers, en route from Santa Maria Airport in the Azores to Kindley Field, Bermuda. And in the same year on December 28th, Douglas DC-3 NC16002 lost with its three crew members and 36 passengers, during a flight from San Juan, Puerto Rico, to Miami, Florida. The weather was fine with high visibility and the flight was, according to the pilot, within 50 miles of Miami when it disappeared. February 1963:
On February 4, 1963, the SS Marine Sulphur Queen, carrying a cargo of 15,260 tons of sulphur, lost with 39 crewmen on board. However, the final report suggested four crucial reasons behind the disaster, all due to poor design and maintenance of the ship. 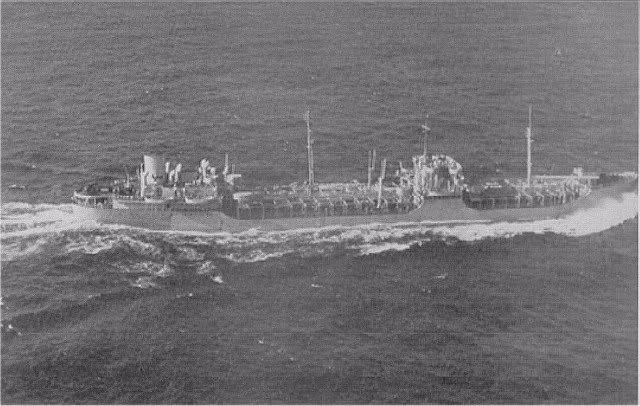 June 1965:
On June 9, 1965, a USAF C-119 Flying Boxcar of the 440th Troop Carrier Wing missing between Florida and Grand Turk Island. The last call from the plane came from a point just north of Crooked Island, Bahamas, and 177 miles from Grand Turk Island. However, debris from the plane was later found on the beach of Gold Rock Cay just off the northeastern shore of Acklins Island. 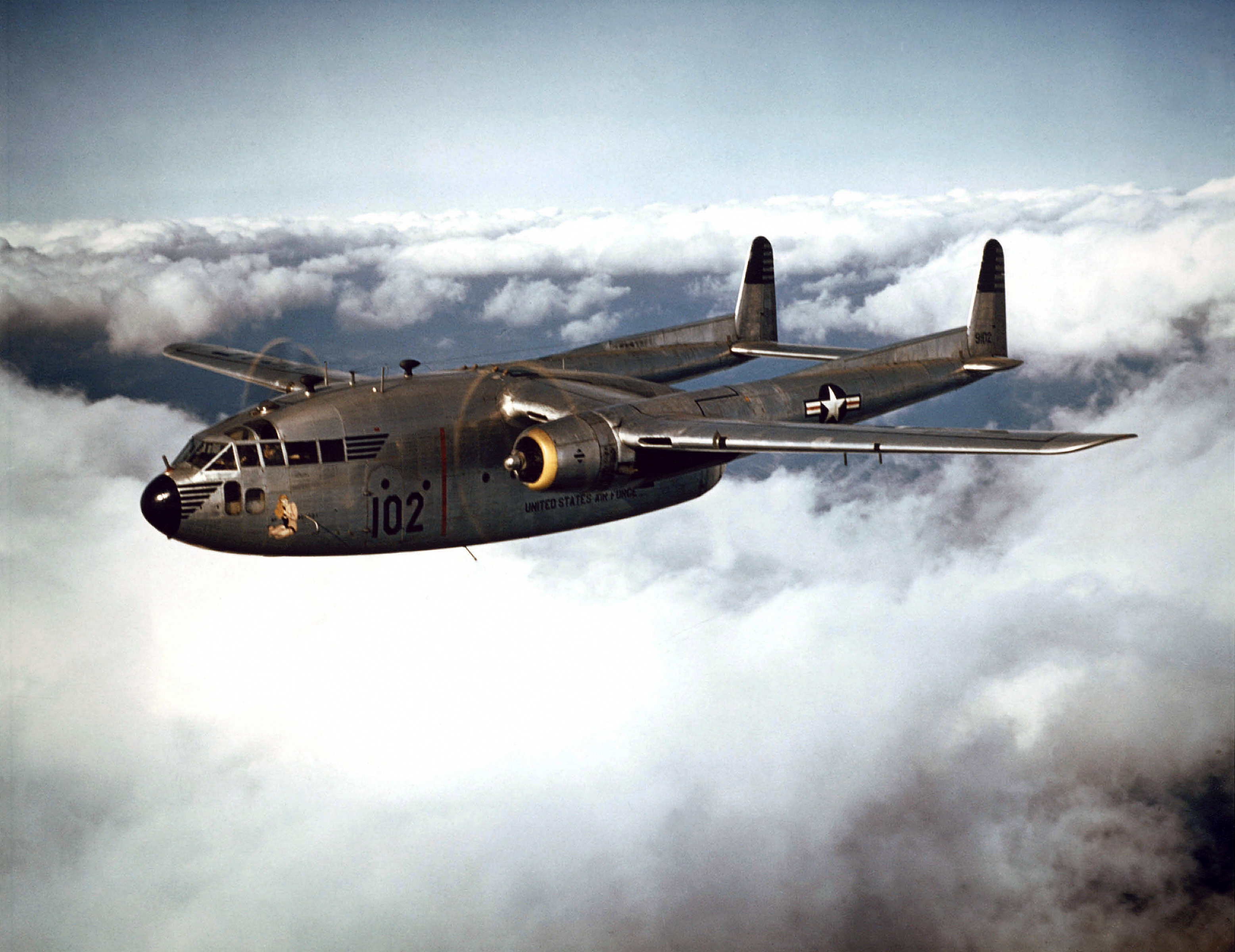 December 1965:
On December 6, 1965, the Private ERCoupe F01 lost with the pilot and one passenger, en route from Ft. Lauderdale to Grand Bahamas Island.

Early 1969:
In 1969, two keepers of the Great Isaac Lighthouse which is located at Bimini, Bahamas disappeared and were never found. A hurricane was said to be passed through at the time of their disappearances. It was the first report of strange disappearance from land within the Bermuda Triangle territory.

June 2005:
On June 20, 2005, a flight called Piper-PA-23 disappeared between Treasure Cay Island, Bahamas and Fort Pierce, Florida. There were three people on board.

April 2007:
On April 10, 2007, another Piper PA-46-310P disappeared near Berry Island after flying into a level 6 thunderstorm and losing altitude, taking two lives on board.

July 2015:
In late July 2015, two 14-year-old boys, Austin Stephanos and Perry Cohen went on a fishing trip in their 19-foot boat. The boys disappeared on their way from Jupiter, Florida to the Bahamas. The US Coast Guard conducted a 15,000 square nautical mile wide search but the pair’s boat was not found. A year later the boat was found off the coast of Bermuda, but the boys were never seen again.

October 2015:
On October 1, 2015, the SS El Faro sank off of the coast of the Bahamas within this sinister triangle. However, the search divers identified the vessel 15,000 feet below the surface.

February 2017:
On February 23, 2017, the Turkish Airlines flight TK183 – an Airbus A330-200 – was forced to change its direction from Havana, Cuba to Washington Dulles airport after some mechanical and electrical problems inexplicably occurred over the triangle.

May 2017:
On May 15, 2017, a private Mitsubishi MU-2B aircraft was at 24,000 feet when it vanished from radar and radio contact with air traffic controllers in Miami. But the debris from the aircraft was found by United States Coast Guard search and rescue teams the next day about 15 miles east of the island. There were four passengers including two children, and one pilot on board.

Other several boats and planes have seemingly vanished from this Devil’s Triangle even in good weather without radioing distress messages, as well as some people even claim to have seen various strange lights and objects flying over this evil part of the ocean, and researchers are attempting to determine what has caused these weird phenomena including hundreds of aircraft, ships and boats to be mysteriously disappeared within this particular area of the Bermuda Triangle.

Possible Explanations For The Bermuda Triangle Mystery:
In the last, the questions that arise in everyone’s mind are: Why do ships and planes seem to go missing in the Bermuda Triangle? And why do the unusual electronic and magnetic disturbances occur there frequently?

Different people have given different explanations for various individual incidents that took place in the Bermuda Triangle. Many have suggested it may be due to a strange magnetic anomaly that affects compass readings – this claim nearly fits with what Columbus noticed during their sailing through the area in 1492. 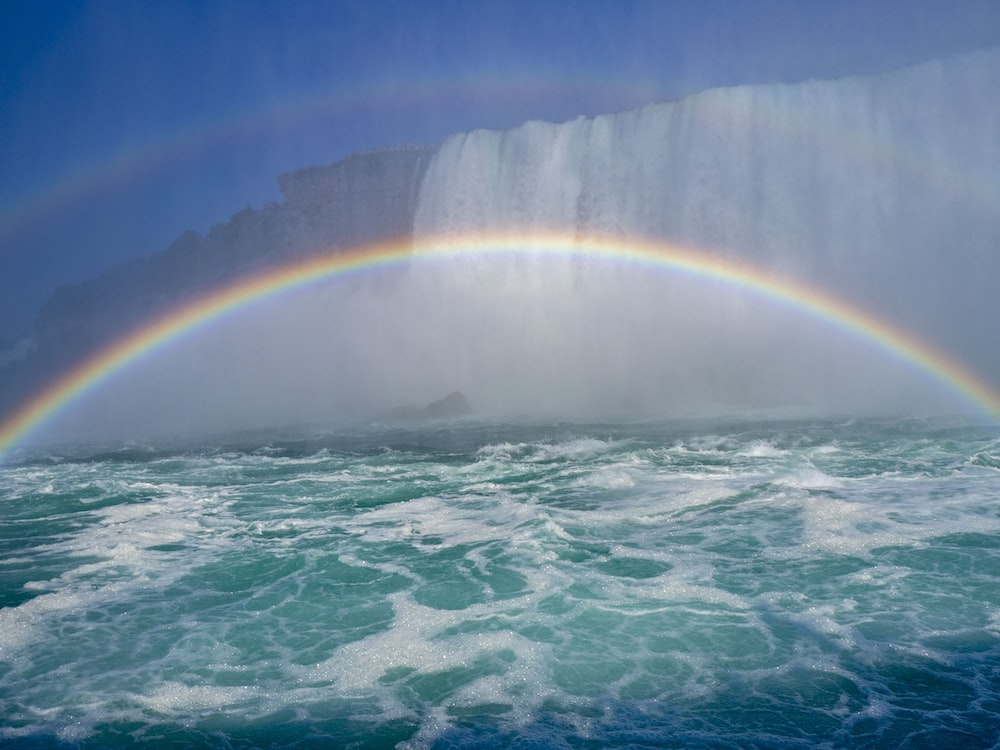 According to another theory, the certain methane eruptions from the ocean floor may be turning the sea into a froth that can’t support a ship’s weight so it sinks – though, there is no such evidence of this type of occurrence in Bermuda Triangle for the past 15,000 years and this theory doesn’t comply with the aircraft disappearances.

Whereas, some believe the strange disappearances occur due to extraterrestrial beings, living under the deep sea or in space, who are technologically more advanced race than humans. 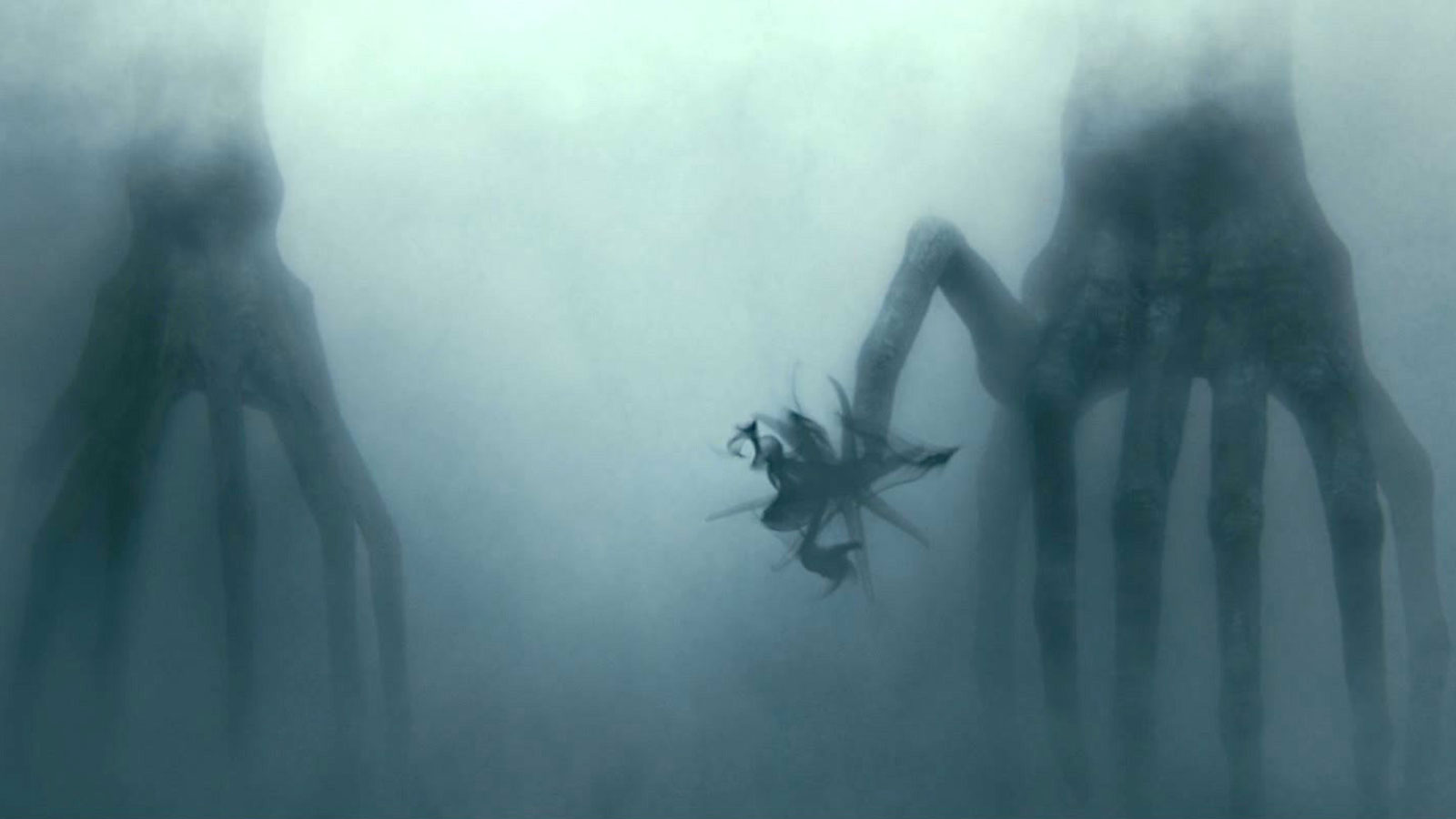 Some even believe there are some kinds of Dimensional Gateways in the Bermuda Triangle, that lead to other dimensions, as well as some claim this mysterious place to be a Time Portal – the doorway in time represented as a vortex of energy, that allows the matter to travel from one point in time to another by passing through the portal. 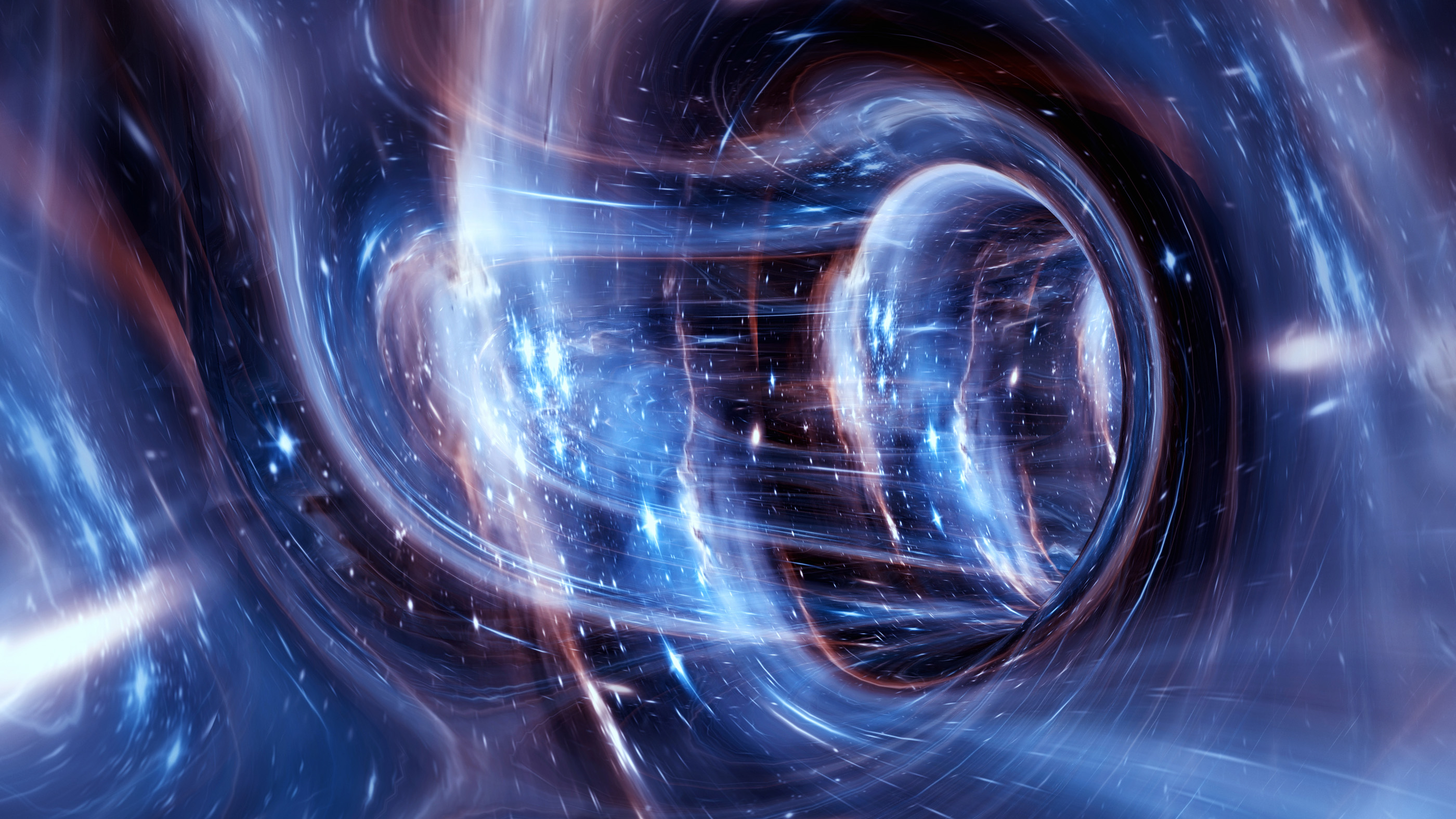 However, the meteorologists have put forth a new fascinating theory claiming that the secret reason behind the Bermuda Triangle mystery is the unusual hexagonal clouds creating 170 mph air bombs full of wind. These air pockets cause all the mischief, sinking ships and downing planes.

Studies from the imagery of NASA’s Terra satellite revealed that some of these clouds reach 20 to 55 miles across. Waves inside these wind monsters can reach as high as 45 feet, and they appear with straight edges.

However, everyone is not so convinced with this conclusion, because some of the experts have denied the theory of hexagonal clouds saying that the hexagonal clouds also occur in other parts of the world and there’s no evidence strange disappearances take place more often in the Bermuda Triangle area than elsewhere.

One the other hand, this theory doesn’t properly explain the unusual electronic and magnetic disturbances that allegedly occur within this evil triangle.

So, what’s your opinion on the mysteries behind the Bermuda Triangle or so-called the Devil’s Triangle? INCREDIBLE images show ‘aliens INSIDE a UFO for the first time’